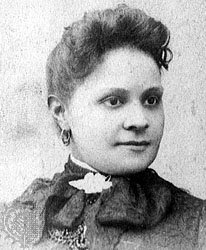 I have spent most of my life “hoping” one thing or another would happen.

I think it started when I was in high school and I began to hope I would get out of the town I grew up in safely and to be able to start my life on my own terms.

I hoped I could get through my first marriage to a man who was in Viet Nam, thinking every day he might not come hope.

Then I hoped I could get out of the marriage without too many emotional scars.

I hoped I would be able to stay single for five years and not have anyone distract me. Then I hoped I wasn’t making a bad decision when I agreed to marry my second husband.

I hoped I could find the strength to end that marriage and not have him talk me into going back to him.

I hoped my brother would survive his colon cancer and and HIV.

And now I hope to build a school for kids at risk as a legacy for my brother. The school will be in Belize and I will start with 300 boys who are currently living on the streets. It will be a 3-year high school program. Eventually there will be 3,000 boys and a girls school to match.

Hope is the foundation for all who aspire to dream bigger than they are.