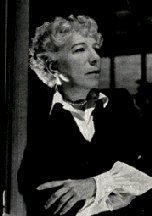 “To be alive is a fine thing. It is the finest thing in the world, though hazardous. It is a unique thing. It happens only once in a lifetime. To be alive, to know consciously that you are alive, and to relish that knowledge – this is a kind of magic. Or it may be a kind of madness, exhilarating but harmless.”

I was six years old when I told my mother I had made a mistake, I hadn’t meant to be born.

Her reaction wasn’t as important as the realization is today that at six I could have had such a thought and more to the point, actually tell my mother.

I struggled to feel I was a part of this world. I never felt at home or a part of my family. I usually felt as though I was on the outside looking in as though they were a movie I could watch continually.

It wasn’t until after my second marriage ended in 1985 and I was 35 that I began to develop into who I truly was as a person. I began to develop relationships with women who were more like me: independent, open minded, curious and enjoyed adventures.

I truly knew why I was alive and by the time I turned 50 I embraced my persona and loved who I had become. I had become alive.