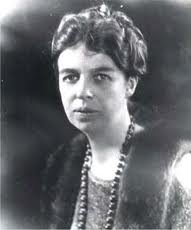 “You gain strength, courage, and confidence by every experience in which you really stop to look fear in the face. You are able to say to yourself, I have lived through this horror. I can take the next thing that comes along. . . “

I often thought I was a victim until turned 40. Everything difficult that ever happened to me seemed to be a a personal attack. I couldn’t imagine why so many people could do or say things that would hurt me so deeply.

Then shortly after I turned 40 I was standing in my living room, having just hung up from a conversation with the man I had been dating for more than a year. He decided once he obtained full custody of his two boys, he couldn’t be involved with me any longer. The boys were to take full precedent in his life.

This was particularly painful since I had turned his orthodontic practice into generating three times the revenue, had become deeply immersed in his social life and had grown quite fond of his boys.

I was hurt, angry, disappointed and frustrated, and it all seemed too familiar. In the moment I couldn’t imagine how it would ever be to my advantage.

But within a short time  however, I realized how leaving that relationship opened up new possibilities. I then became aware of how many times I attracted people into my life that were not the best for me.

Each relationship however brought me a gift of sorts. Much like reading a book and learning information, each person enriches our lives. We become stronger, more aware of our own talents and limits or preferences.

I count myself as blessed for having so many people who have entered and contributed to my life.