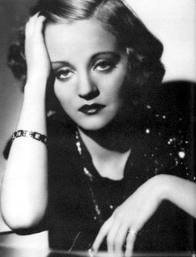 “Here’s a rule I recommend. Never practice two vices at once”

I grew up at a time when vices were natural and accepted whether someone drank or smoked, no one paid much attention. Then in the 80’s everyone became more aware of the repercussions of such unhealthy habits.

I quit smoking on Easter Sunday after 15 years of cherishing the habit. I used to tell people “It’s really easy to quit smoking, I do it at least once a month!.”‘

The only reason I actually decided to finally quit for good was I had to put  a cough drop in the back of my throat so I could continue to smoke and then my throat began to bleed. It was obvious I had to quit.

I also came from a long line of alcoholics. Again it was always viewed as it was just a thing people did.

Both of my parents were dry alcoholics. What I refer to as having the personality of an alcoholic but they rarely drank.

I drank profusely in my 20’s. But then so did nearly everyone I knew including my brother and sister.

I’m not sure what the turning point was, but eventually I decided I didn’t care for the feeling of being out of control the way over drinking made me feel.

Now, I am comfortable drinking socially and rarely over indulge.